We have the honor of inviting you to
an exhibition by the society ÓVÁS! (PROTEST!),
to be opened at 6:00 p.m. on Tuesday, April 28, 2009
at Centrális Galéria

AN ALTERNATIVE PERSPECTIVE ON
THE JEWISH QUARTER

The exhibition will be opened by György Konrád

The exhibition was designed by N&n

Anyone who is walking on the streets of the old Jewish quarter of Pest, a World Heritage site under UNESCO protection since 2002, may get the impression that the war has just ended. They see vacant plots, deserted apartment buildings, abandoned business venues, decaying architectural monuments, the facades and frontal sections of partially demolished buildings, recently built apartment blocks resembling housing estates, ghost houses and passages, and the yawning entrances of underground garages. Apparently, a phantom town without residents or vendors is emerging in the place of one of the liveliest and most exciting former merchant districts of Pest. Beside the synagogues, which are the distinctive landmarks of the urban landscape, the only parts of the protected quarter that have managed to retain their lively character and historic ambience are those where major alterations, demolitions and constructions have not yet taken place. The alternative cafés, shops and cultural venues frequented mostly by young people and foreign tourists can all be found here. All the evidence seems to suggest that the nature of the transformation has been an unqualified failure. Instead of improving the quality of life and the visual impact of the district, the development investors have clearly ruined them. Despite international and local protest, the damage continues unabated.
Under these critical circumstances we have decided to launch yet another effort to revise the existing conceptual framework and the present practices and to produce new plans that are in line with the area’s status of an international and national heritage site, and that correspond with UNESCO’s expectations. By presenting our alternative plans we would like to ferment new ideas and to generate a new movement leading to the immediate suspension of the existing planning regulations and the start of a genuine rehabilitation. Without supposing that ours is the only possible way to rescue the area, we do believe that a new conceptual approach is essential. Only this could give the area a long-term social, cultural, touristic and economic boost and benefits.
Although at present the prospects seem very dim because of the prevailing commercial interests and economic alliances, achieving a breakthrough in this dire situation is only a matter of the finding right political motives and determination. It is possible to plan less ambitiously, to build on a smaller scale, and yet to create an architecturally more valuable environment. It is possible to construct an attractive, vibrant and functional urban milieu by restoring historical buildings, creating better living conditions, protecting the traditions and the sites of remembrance, reducing the traffic load, developing green areas and parks, and encouraging religious and cultural life. All these have been achieved elsewhere, in places like Paris and Berlin, Prague, Cracow and Warsaw, leading to a great property boom everywhere. Why should it be different here? 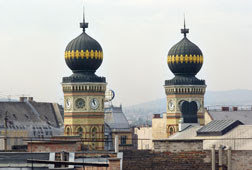 The alternative plans and the exhibition itself have been designed jointly by the following team: Anna Perczel: concept, urban design; Catherine Szántó: landscape architecture, transportation; Ádám Magyar: architecture; Virág Bencze-Kovács: transportation; János Ladányi: social issues; Tamás Doleschall: economic model; Ildikó Baranyai: digital maps; Béla Káli: architecture; Martin Fejér: photos of the Ghetto Wall; István Jávor, Martin Fejér: enlarged photos; Bálint Kaszics: model
In addition to the plans and the written texts, we have also arranged preliminary viewings of the uncut version of a documentary film entitled “A Small Town”, featuring representatives of alternative cultural and religious communities living in the area. The documentary is the work of István Jávor and Dóri Szegő.
The exhibited architectural model of Inner Erzsébetváros has been made by the urban studies students of the University of Karlsruhe.
Beside our own ideas and thoughts, we would also like to present a number of competition entries and student projects, which have been produced during the past few years in connection with the rehabilitation of the Jewish quarter: plans submitted to the International EUROPAN Competition of 2005; the two winning entries of the competition announced in 2006 jointly by ÓVÁS! and OCTOGON magazine for the reconstruction of the building at No. 40, Király utca; the dissertations of Hungarian architecture students who graduated in 2008; and plans made in 2009 by students of urban planning at the University of Karlsruhe, Germany. 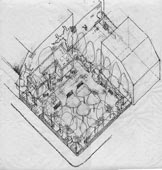 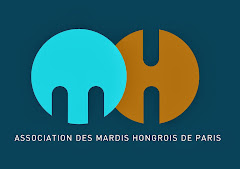